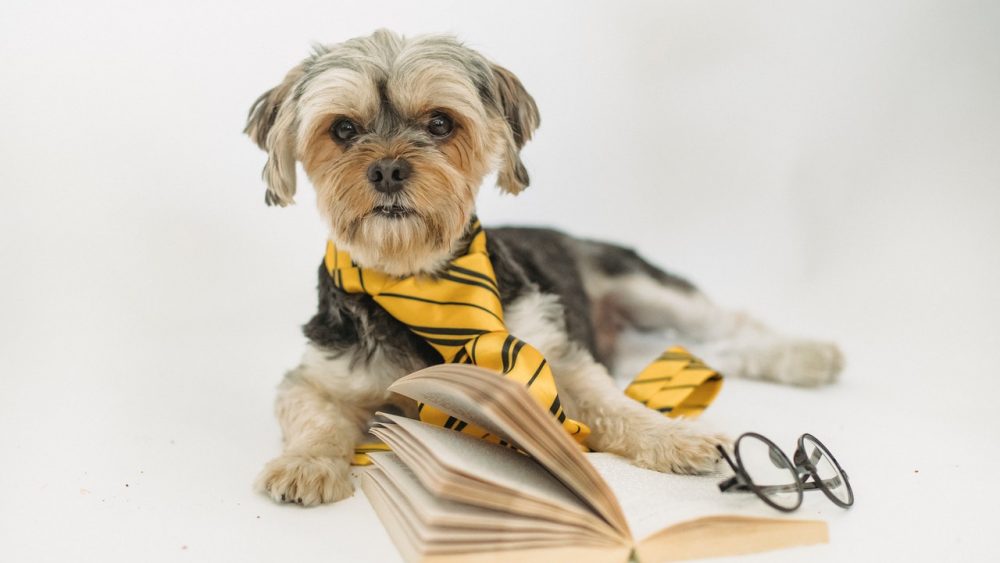 Just when we think we know dogs, some new, fun dog fact presents itself and I find myself amused, amazed, and often inspired. What follows are 10 fun facts (and one bonus fact) about dogs I learned recently. I hope our canine friends amuse and amaze you too. If you have a fun fact you would like to add, by all means, do so in the comment section.

A dog possesses 300 million receptors in its nose that are connected to the olfactory center of the brain compared to 6 million in the average human. Dogs were born to sniff! Regardless of how annoying it can be to never achieve our target heart rate due to Scruffy’s sniffing, it is right to put our exercise needs aside and give the dog the walk of their olfactory dreams. Why? The following list contains a few of the benefits to dogs (and their owners):

Scruffy still needs calorie-burning exercise, so keep the sniffing sessions somewhat structured; allow your dog to focus on sniffing at the beginning and end of your walk. Let him get his business out of the way and then get some exercise. Think of the end-of-walk sniffing as the Yoga pose for rest and recovery–corpse pose.

Diving a bit more deeply into the science of dog sniffs, did you know that dogs use the right nostril to sniff during stressful moments? Yep–they only sniff with their right nostril when they’re stressed. However, when a human becomes emotional, that human’s dog sniffs out the situation with its left nostril. Click on the link at the start of this paragraph to learn more about this freaky nasal asymmetry.

Tell us about your dog’s sniffing habits in the comments section. Dog sniffing is a fascinating subject!

Most people are probably aware that puppies are born blind. However, did you know that they are also born deaf? Puppies can’t hear anything for about the first three weeks of life. Puppies are born with an excellent sense of smell, so the blind and deaf cuties can sniff their way to mother’s milk.

As if a dog’s unique sense of smell wasn’t fascinating enough, did you know that some dogs also have what amounts to an infrared sensor in the tip of their nose? This recent discovery opens up whole new areas for research. Dogs are amazing!

Dog Fact #3 — Whas Sup Wasabi? Who Is This Wasabi Dog?

The little “lion dog” really is a dog. Or is it? I never gave the Pekingese much thought beyond, “I wouldn’t want to keep up with that hair.” However, the noble “Peke” dog has piqued my interest. Here is what I learned about the noble Pekingese:

While the Pekingese dates back 2000 years, another dog can claim origins that date back 5000 years or more.

The Bedouins call the Saluki the “Hound of God.” Historians consider the Saluki to be the oldest domesticated dog. The earliest carvings featuring the Saluki are in Iraq (ancient Mesopotamia) and date back to 14,000 BC. There was a time 30 or 40 years ago when Arab people hid their treasured Saluki dogs.

If you want to learn more about these beautiful dogs, their importance to the Bedouin culture, how they expanded beyond the Fertile Crescent, and what this breed is up to today, please visit the following sites:

Dog Fact #5 — Blue Tongues Are All About Pigment

Two dog breeds that originated in China have something in common with giraffes, Australian skinks, and polar bears. Can you guess what that is? You’re right (I think); they all have blue tongues!

Given that WalkOn is a dog-centric business, our focus will be on the Chinese dogs with blue tongues, the Chow Chow and the Shar-Pei.

What causes the blue tongue? Are these dogs born with blue tongues? Here are a few facts about blue-tongued dogs:

What causes the blue tongue? The presence of pigmented cells, which are similar to the cells that determine human skin color, cause the beautiful blue-black tongues. To learn more about these fascinating blue-tongued dog breeds, visit the AKC website.

Some animals can get from A to B on their own using public transportation, and dogs are no exception. True story!

Boji was a stray dog who became famous for mastering the transit system in Istanbul, Turkey. Alas, Boji’s tram-riding days are behind him as he was recently adopted, but not before he became YouTube famous.

“Ratty,” a Jack Russell Terrier from Dunnington near York, England, didn’t just roam without purpose. He would travel 5 miles to a pub where he would charm the locals into giving him sausages. Sadly, Ratty did not survive one of his travels, but he spent years doing what he loved–riding the bus to the pub. He was a very clever chap!

Is it any surprise that a Jack Russell would turn up while researching “commuting dogs”? Jack Russells are notoriously independent, very curious, and blessed (or cursed depending on one’s perspective) with wanderlust. In other words, they love to roam far and wide.

Dogs can tell time, as anyone who owns a dog can tell you. Dogs know their owners are due home from work and often station themselves by the front door in anticipation. Dogs also nudge us to remind us it’s time for dinner. Our dogs are rarely, if ever, wrong about the timing for dinner. How do they do this? Circadian rhythms only partially explain dogs’ ability to sense the passage of time. Another school of thought holds that dogs tell time with their sense of smell.

There is now scientific evidence that supports the assertion that dogs can tell time. One more thing, the science has implications for Alzheimer’s disease early testing. Dogs are the gifts that keep on giving.

As a side note, I’d also like to give a shout-out to all the other food motivated critters that know when it’s time to eat–like horses that meet you at the gate.

The NIH has partnered with the Mars Corporation Waltham Petcare Science Institute to study questions about human/animal interactions. Visit the Waltham Institute website to learn more, not just about this research but about so much more concerning our pets. It is an excellent source of information.

Old Bluey was a record holder–a Guinness World Record holder, that is. Old Bluey, a female Australian cattle dog, was the verified oldest dog ever. Bluey lived 29 years and five months. Not to give Bluey short shrift, but there was a recent contender for the record Bluey set in 1939–Maggie.

Maggie, a female Kelpie also from Australia, was an “oldest dog” contender; she was 30 when she died. Unfortunately, Maggie’s record-breaking 30 years could not be verified by Guinness because her owner lost her papers.

Old Bluey worked cattle and sheep for 20 years. Maggie’s owner was a dairy farmer. I’m certain Maggie’s Kelpie herding instincts came in handy on the farm. Old Bluey and Maggie lived the mantra, “a body in motion stays in motion.” Let that be a lesson to us all.

The next time you’re at a cocktail party (post-pandemic), here’s a little conversation starter–dogs poop in alignment with the earth’s magnetic field. You’re welcome!

All that spinning your pooch does is for a reason. When the earth’s magnetic field is calm, your puppy eschews pooping along the east-west axis and goes straight for the north-south axis. No kidding! Of course, a compass would be cheaper and easier to manage, but not nearly as charming.

Perhaps we at WalkOn should test this theory while out walking dogs. We will get back to you with our findings.

If you were thinking of buying a Basenji because they don’t bark, you need to know something about Basenjis. Basenjis yodel!

As always, please share anything you’d like about your pet, whether dog, cat, fish, or fowl. Oh, and we here at Walkon are looking for dogs to walk and critters to sit in Gainesville and Haymarket, Virginia.

That’s it for this edition of the WalkOn Blog. I hope you learned a little something about our canine friends that you didn’t know before. Put a few of these pearls in your pocket to trot out at your next party. In the meantime, stay safe, mask up if it is warranted, and snuggle your pets! 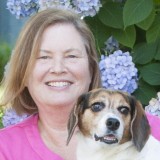 Elizabeth Hamill is the owner and CEO of WalkOn, a Northern Virginia dog walking business. Beth earned her MA in forensic psychology and worked in the legal field for several years. This grounding in psychology informed Beth's positive approach to training her two horses, Riley and Peanut, and her dog, Lulu. Beth is committed to professional development for herself and her WalkOn team.